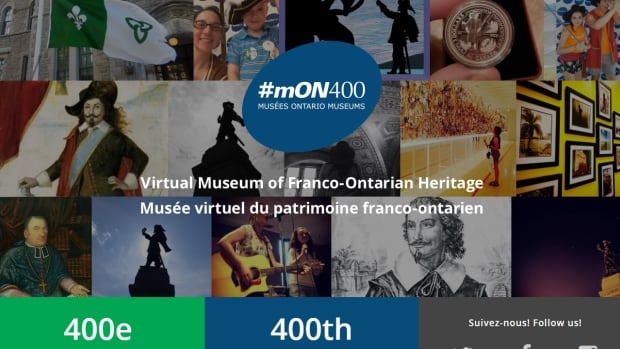 Windsor’s French community has been facing a struggle for survival for years. But that trend may be slowly changing with the introduction of a virtual museum of Franco-Ontarian heritage.

Local French culture in the region dates back to the original settlement in Detroit. By the middle of the 18th century, French settlers migrated across the Detroit River into what is now known as Windsor.

“At the time, the government was giving land, free land, to people who would come and develop new settlements in Southern Ontario in Windsor, all over Ontario,” Agathe Vaillancourt, with Windsor’s French genealogy society said.

Some of the most prominent names — Drouillard, Desjardins and Chauvin — still remain, though others have been made translated to English, Vaillancourt said.

For example, a name like Boisvert would be translated to Greenwood by census takers who could not speak French.

But now, with an increased focus in bilingualism in schools, community leaders say French is making a comeback.

“French is cool,” Didier Marotte, the executive director of Place Concorde, said in an interview with CBC News. “People are discovering that a second language is an asset.”

“The fact we are an officially bilingual nation, English and French, there is an awareness of that now more than ever.”

Speaking after an event promoting the new museum, Windsor Mayor Drew Dilkens said both his children are enrolled in French schools.

“Everything that comes home is in French and all of the events that they go to. It really brings out the culture in the community,” he said.