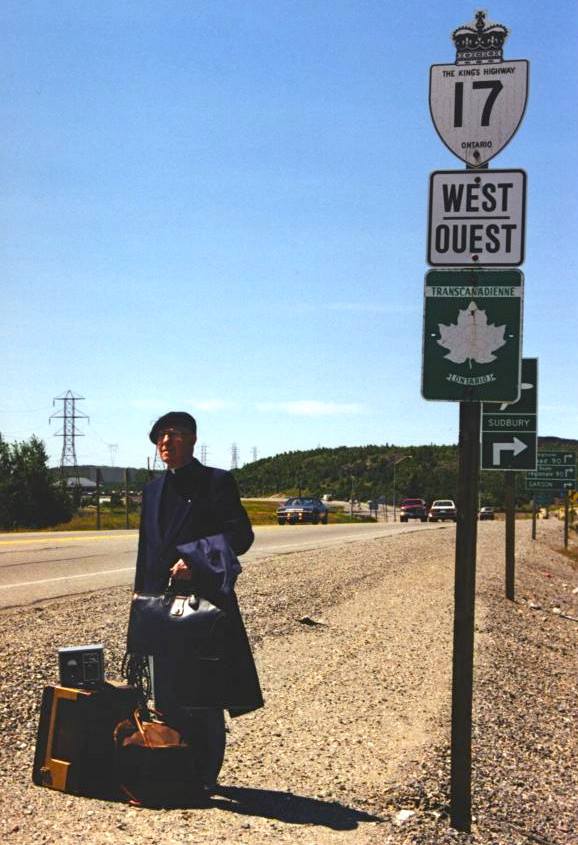 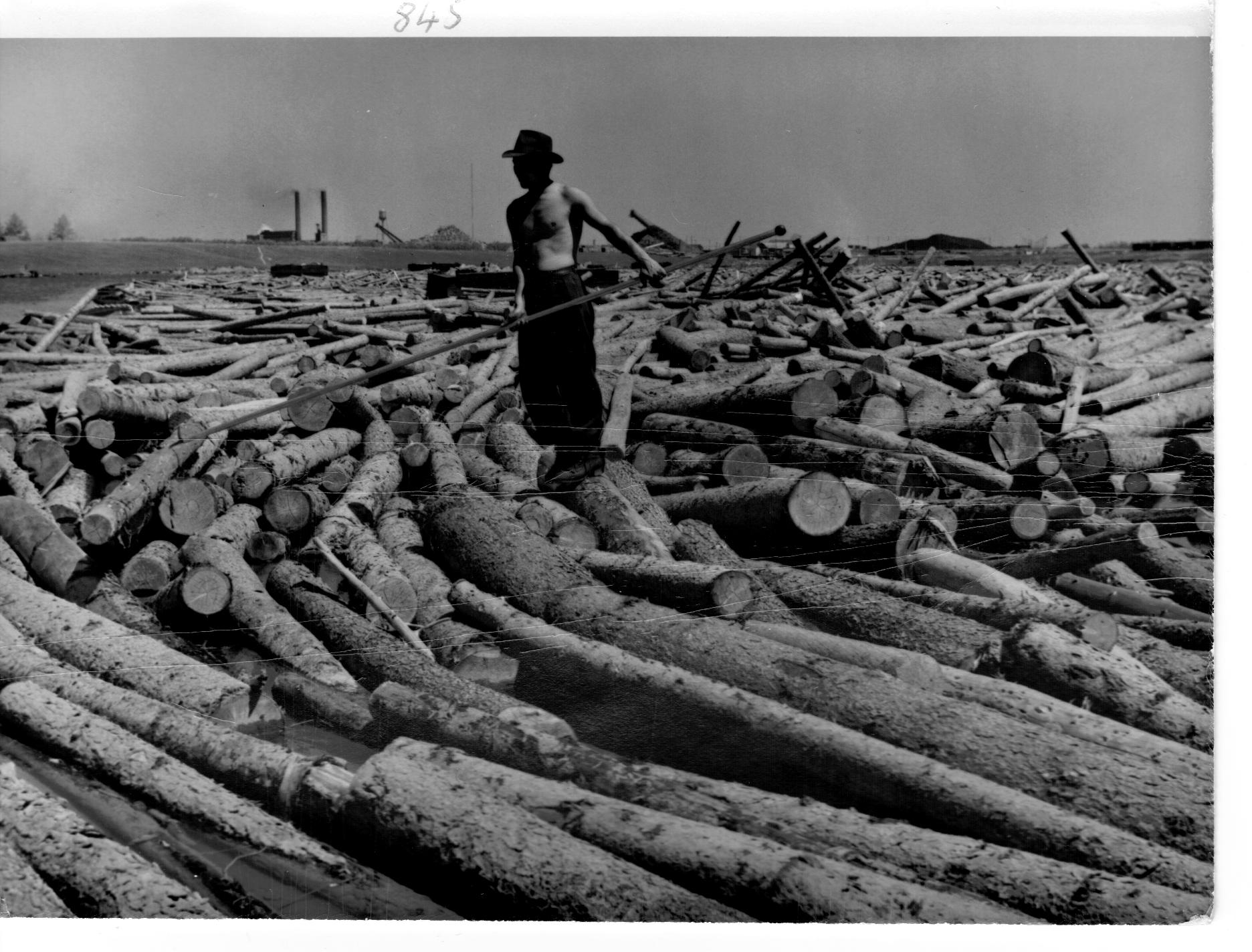 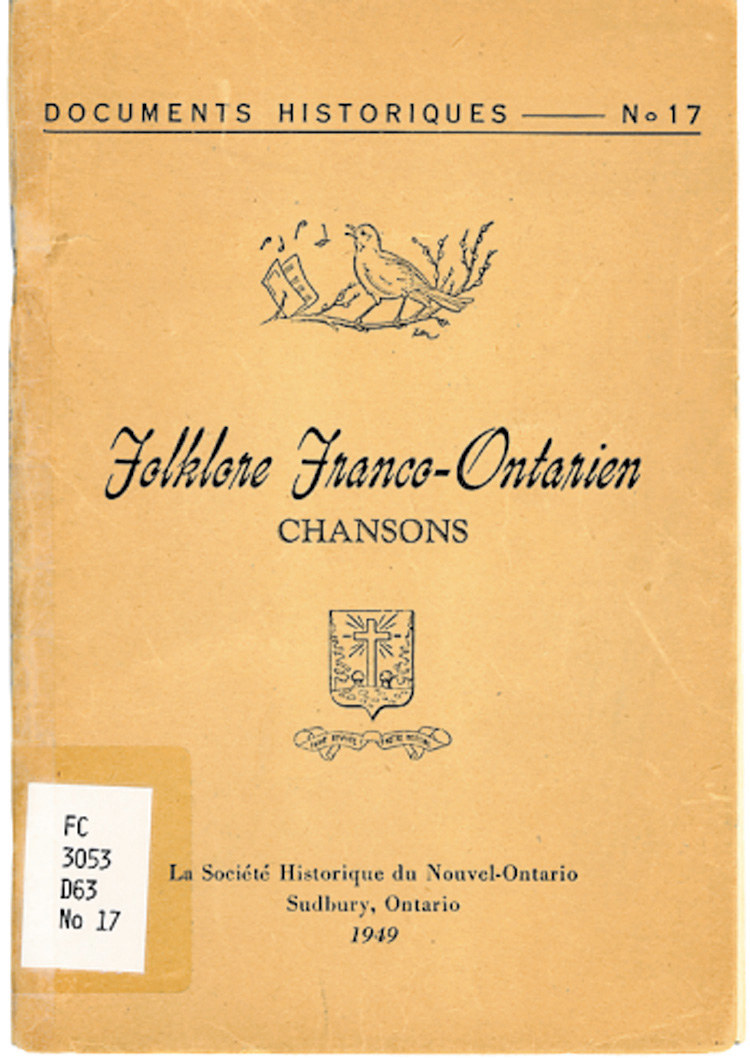 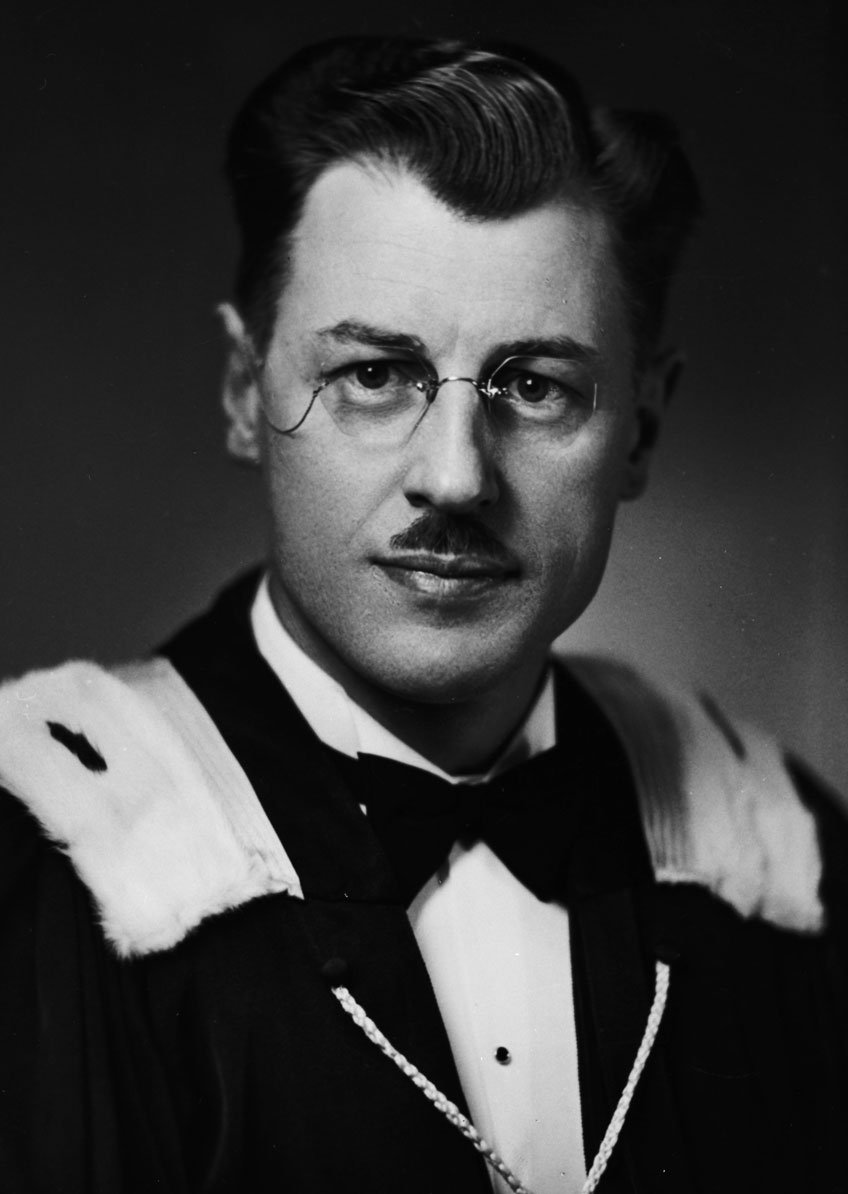 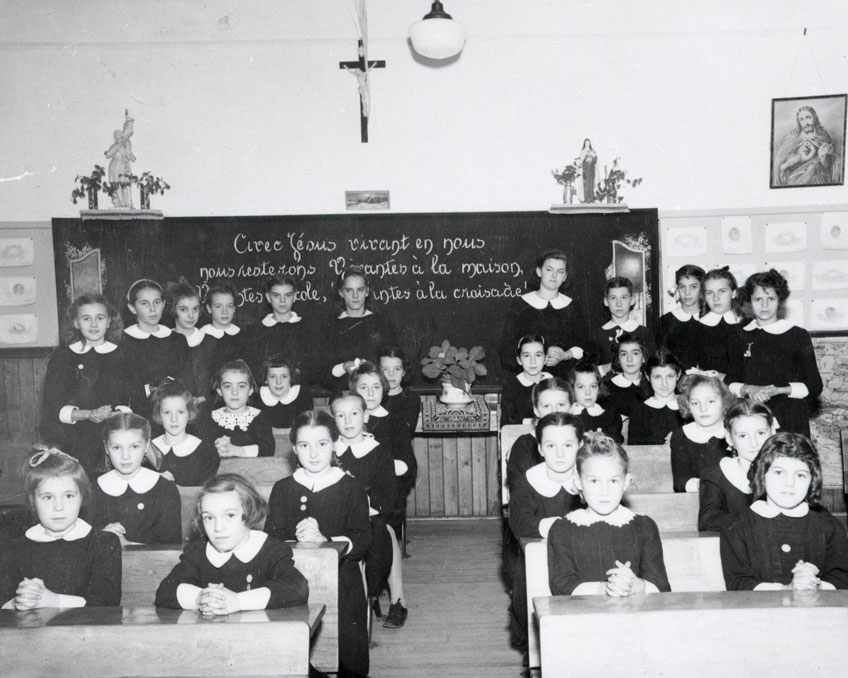 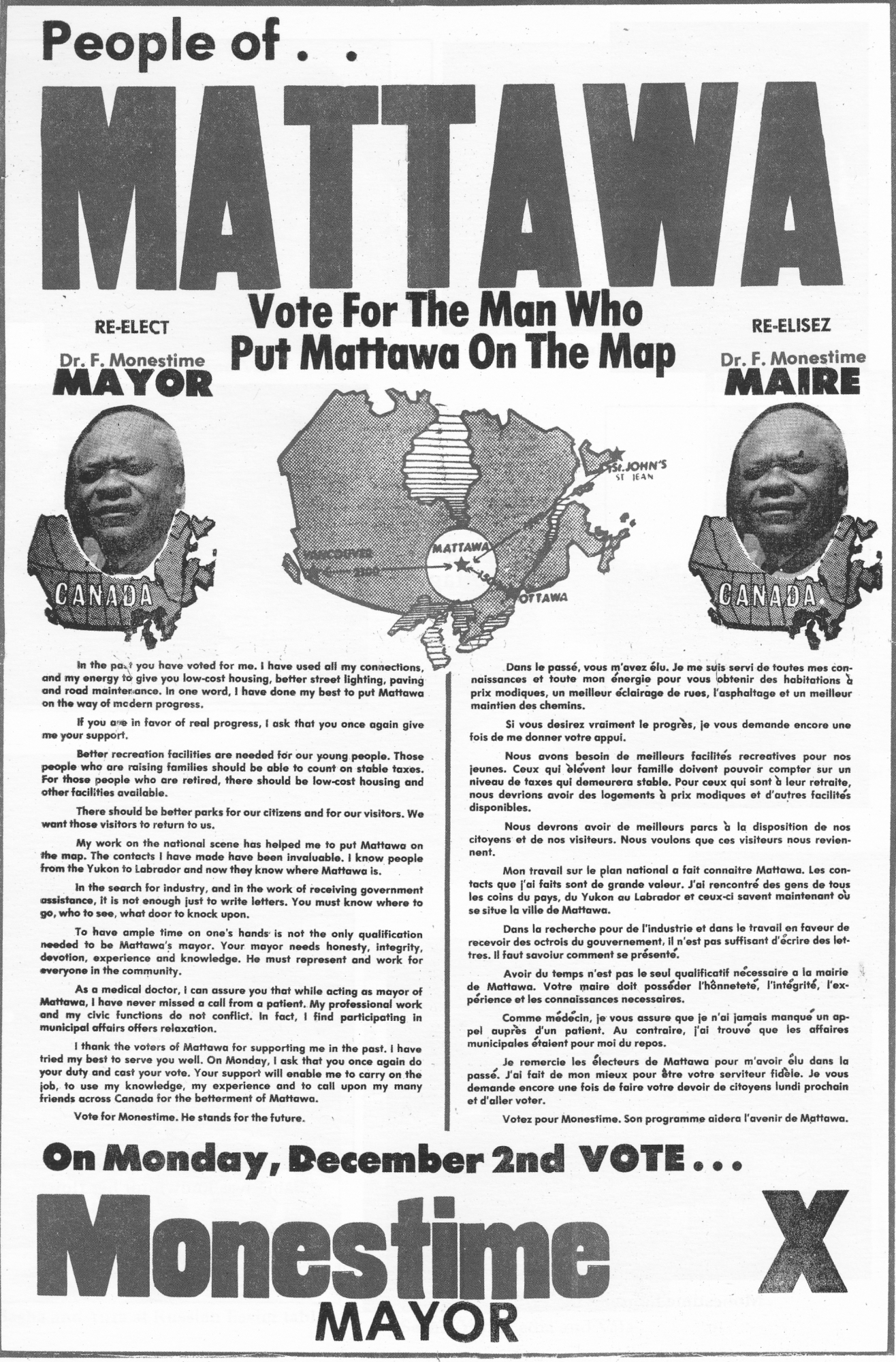 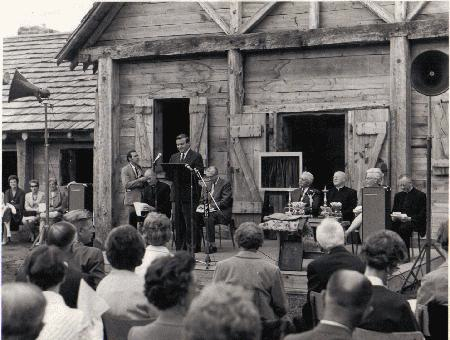 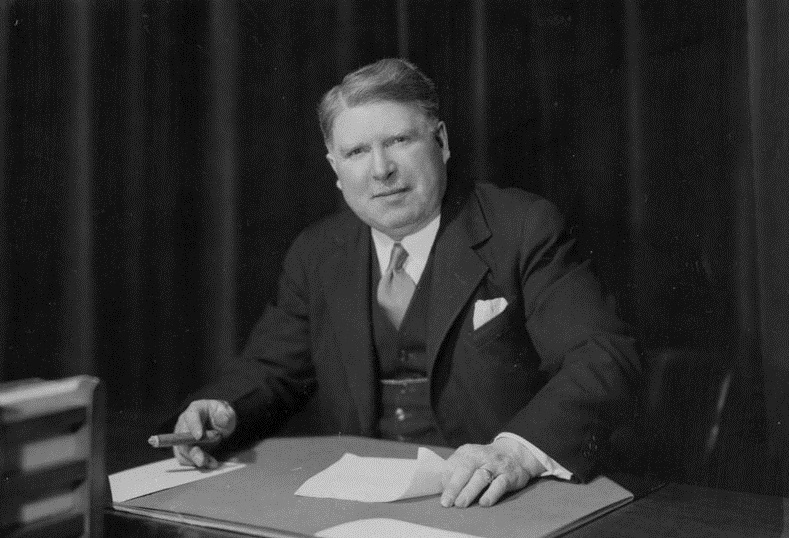 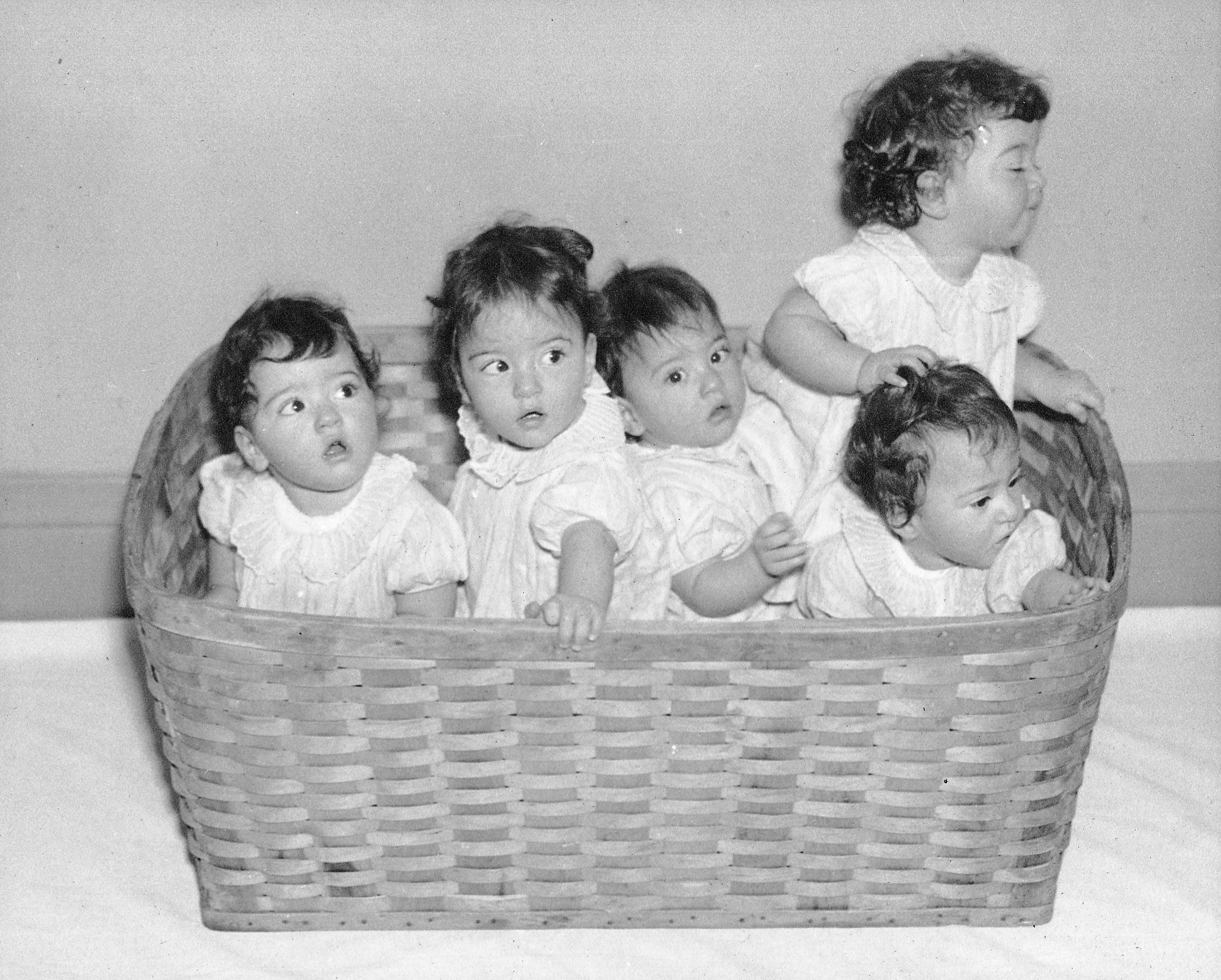 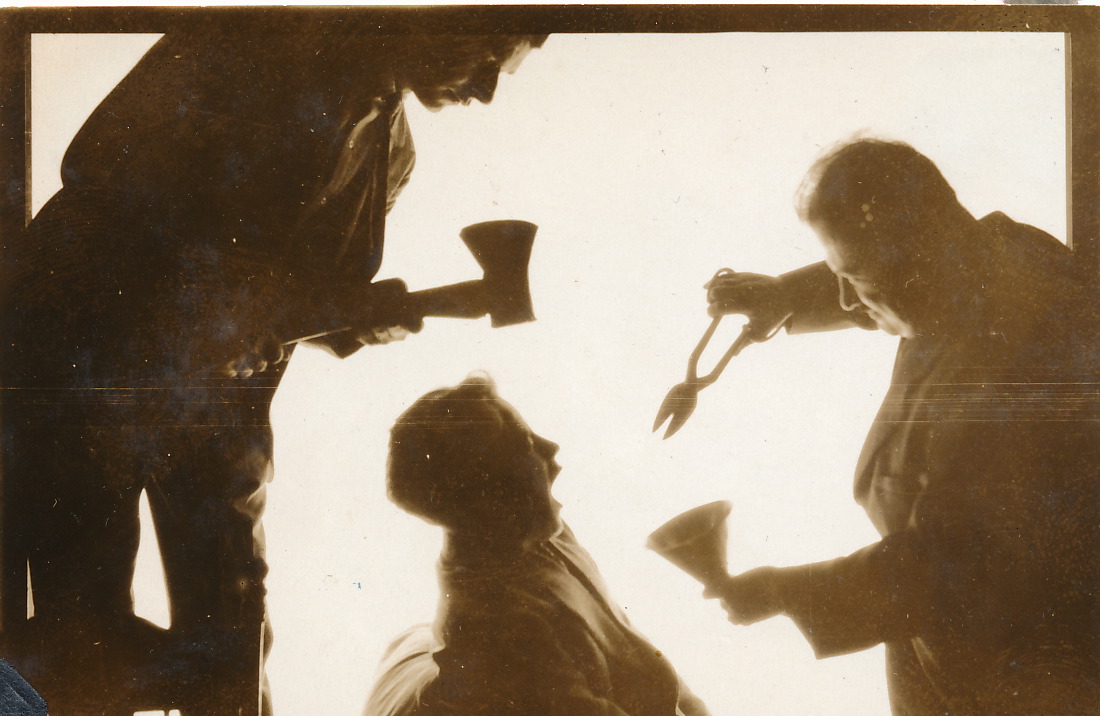 The French Canadians of Ontario

1934 – Birth of the Dionne quintuplets in Corbeil

1938 –Founding of the Timmins Diocese

1944 – Removal of Regulation 17 from the Ontario Statutes

1952 – Launch of CFCL-Timmins, the first French radio program on the airwaves

1960 – Establishment of Laurentian University in Sudbury

1968 – Establishment of the École secondaire catholique Thériault in Timmins with more than 2,000 students

The Regulation 17 crisis ushers in a dynamic era within the Francophone community and sees an increase in Franco-Ontarian mobilization. Several cultural institutions are founded in the decades following the school crisis, thus contributing to an affirmation of identity amongst French Canadians in Ontario. The dispersion of Francophone communities across the country also encourages the establishment of distribution channels and the establishment of institutions and co-operative efforts.

The period following the school crisis often called the the “classical age of Franco-Ontarian literature” (1927-1960), with several active writers and poets and several publishing houses, printing companies and newspapers opening across the province (Le Droit in Ottawa, Le Carillon in Prescott and Russell counties, and La Feuille d’érable in Tecumseh).

For Francophones in the northeast, the period is a turning point; newly established communities undergo development and industrialization thanks to the natural resources found in the forest (Hearst, Kapuskasing, Cochrane) and mines (Timmins, Cobalt). By gradually abandoning farming, which had led to the region’s colonization, Francophones are now becoming investors, merchants, owners, contractors and laborers – all key in the development of the northeast. In addition to significantly expanding the area’s economic and industrial activities, Francophones embark in consolidating and diversifying an institutional network encompassing, amongst other organizations, schools, community associations and media.

Francophone television and radio also make their debut. The first exclusively French radio station, CFCL, opens in Timmins in 1952 by Conrad Lavigne and the ACFEO, followed by CFBR in Sudbury in 1957. The Société Radio-Canada, founded in 1936 to help develop of a “Canadien” culture and identity, consists of two networks: one Francophone, Société Radio-Canada, and one Anglophone, the Canadian Broadcasting Company (CBC). In the 1960s, French-language regional stations begin to appear: CJBC in Toronto, CBOF in Ottawa, CBEF in Windsor and CBON in Sudbury. Radio-Canada (CBC) television is launched in 1952 in both languages, followed by CBOFT, the first French-language television network outside Quebec, in Ottawa in 1955.

The period of 1927–1968 is also a prolific time for theatre and performing arts in Ottawa and Sudbury, the latter now Francophone Ontario’s second cultural capital. Sacred Heart College in Sudbury acts as the centre of cultural activity in the region. Here, in the 1940s, Father Germain Lemieux dedicates himself to preserving French Canadian folklore and founds the Franco-Ontarian Folklore Centre in 1972. The bilingual and non-denominational Laurentian University is established in 1960, thereby becoming the second bilingual university in the province. In addition to cultural institutions, many credit unions appear in the 1940s and serve as the basis for economic revitalization of French Canadians in Ontario.

After the Great Depression of the 1930s and the Second World War, French Canadians turn more to urban centres and jobs in the service sector. Until the 1940s, their economic activities are concentrated in the agricultural, manufacturing and natural resource sectors. Furthermore, in providing guidance to their parishioners, the clergy remains a pillar of Francophone communities until the 1960s, with the decline of religious practice and the closing of religious organizations. This is a turning point for French Canadians, for whom the Church had been at the heart of their community; social and cultural initiatives are now launching independently from the church. At the same time, the state is increasingly intervening in social and community programming as well as in arts and culture. In fact, in the 1960s, public funds begin financing various cultural programs, agencies and organizations, including the CBC, the National Film Board and the Canada Council for the Arts. On a provincial scale, the Ontario Arts Council is established in 1963 and the educational channel TVO is launched in 1970.

Education continues to play a key role in the evolution of French Canadian identity: although the school crisis is over, the claims with regards to schooling in French persist. The Association des enseignants et enseignantes franco-ontariens (“Association of Franco-Ontarian Teachers”) (AEFO) is founded in 1939. Robert Gauthier, the director of French education in Ontario, introduces annual French elementary (1938) and high school (1943) competitions in order to increase school attendance by French Canadians up to the eighth grade. High school education in French is relegated to private institutions; only between 1961 and 1965 does the provincial government adopt several measures granting the right to teach certain subjects in French in public high schools, at the discretion of the principals and the local school boards.

Although the ACFEO as well as affiliate organizations, parents, students and members of the Catholic clergy denounce the lack of public high schools, it is not until 1968 that the government authorizes three options for French instruction: French-language high schools, French-language sections and certain courses offered in French within English schools. In 1968, the State opens and finances the first of several French-language high schools. Such changes to the school system, as well as the policy on bilingualism and related political and social demands profoundly affect French Canadians in Ontario.