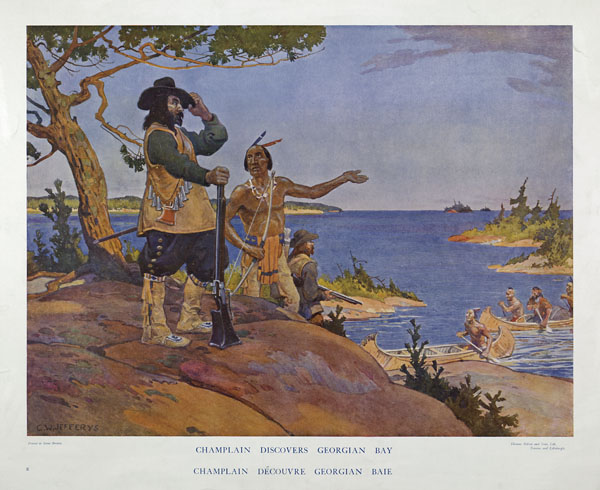 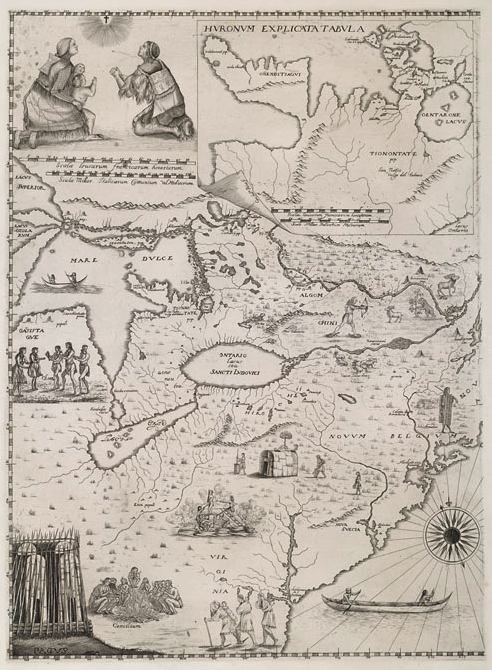 The French in the Americas

1639 – Establishment of Sainte-Marie Among the Hurons

1685 – Establishment of the first Fort Kaministiquia

1713 – Signature of the Treaty of Utrecht

1717 – Establishment of the second Fort Kaministiquia

In the 17th century, European monarchies, looking to enrich and expand their territories, launch exploratory expeditions to the North American continent. These trips lead the French in 1610 to the Great Lakes region, a territory later called the Pays d’en Haut (“the Upper Country”). Although Samuel de Champlain founded the colony of Quebec in 1608, his interests lie in the Great Lakes region in his search for the route to the Orient. The French-led expeditions reveal an abundance of natural and economic resources, and, consequently, the need to ally with the first inhabitants of the continent. The Hurons therefore become the main allies of the French.

In order to strengthen these partnerships, Champlain sends young Frenchmen to live with the Amerindians and learn their languages and customs to the become intermediaries (translators). Among them were Étienne Brûlé, who lived with the Hurons and Algonquins, and became the first Frenchman to explore and inhabit the Great Lakes region, and Jean Nicollet, who was the first to arrive in the northwest of the continent and maintain close relations with the Algonquins and Nipissings.

Missionaries are also sent to explore the region. Recollects and Jesuits write the first manuscripts (1632), about their journeys in North America and meetings with the locals, and build the first French settlements (1634). It must be noted that in the 17th century a greater importance is given to the monarch’s religion than to the language of the people. A population’s identity is therefore more tied to religion than language. Efforts to populate New France, although slight for half a century, are mainly aimed at exploiting natural resources (more specifically fur trading) and evangelizing the indigenous population. The Sainte-Marie among the Hurons mission (1639) and its satellite missions built in the following years promote Catholicism as opposed to French, with limited success following the epidemics afflicting the local population.

In 1663, New France becomes a royal colony reporting directly to the king. The territory adopts a new colonial government, as well as a new policy of land occupation and settlement. Great efforts are made to expand the settlement of New France and develop agriculture and manufacturing. Forts are built to protect the French Empire and offer permanent establishments to the new settlers and soldiers, including Fort Frontenac (Kingston, 1673), Fort Niagara (1678), Fort de Buade (1683), Fort La Tourette (Lake Nipigon, 1684), Fort Pontchartrain (Detroit, 1701), Fort Saint-Pierre (1731) and Fort Rouillé (Toronto, 1749).

Despite these efforts to populate the area and develop its agriculture, France suffers serious losses: that of Acadia and the Hudson Bay, of the Iroquois nation through the signing of the Treaty of Utrecht (1713), and of its possessions in North America following the Seven Years’ War (1756-1763). This marks the end of New France.