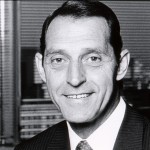 Bill 8 was introduced by Bernard Grandmaître, Minister Responsible for Francophone Affairs in the cabinet of Liberal David Peterson. Adopted unanimously by all political parties, the French Language Services Act (1986) was the most important piece of legislation regarding French in Ontario since the 1867 Confederation.

The Act came into effect on November 19, 1989 and gives all citizens who request French-language services the right to be served in French:

Organizations partly financed by public funds, such as hospitals, children aid societies and homes for the elderly, are not automatically subject to the French Language Services Act. However, at their request, the Council of Ministers may designate them as providers of services in French. As with ministries, designated organizations are required to offer services in French.

The Muséoparc Vanier Museopark is a non-profit organization dedicated to the development, preservation and dissemination of both the tangible and intangible heritage of the Quartier Vanier, Richelieu Park and the French-speaking population of Ottawa, for the present as well as future generations. It is the only francophone museum in Ottawa and one of the rare Canadian museums outside of Quebec dedicated to the French-speaking community.