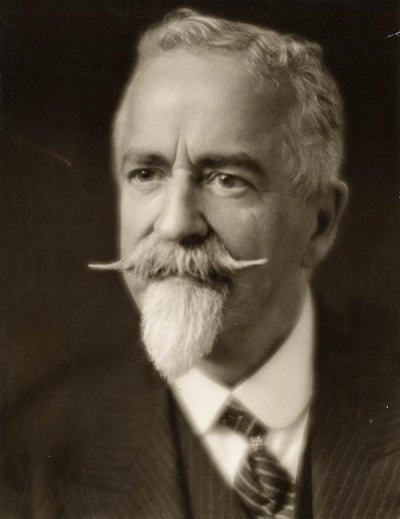 Samuel McCallum Genest was born in Trois-Rivières on June 10th, 1865. He began his career as a surveyor for the Pontiac Pacific Junction Railway Company but spent most of his career as an official at the Interior Ministry in Ottawa from 1883 to 1930.

Elected school councillor for the Commission des écoles séparées d’Ottawa (“Ottawa Separate School Board”) in 1909, Samuel Genest was one of the leading figures of the Franco-Ontarian resistance against Regulation XVII. He was also president of the Association canadienne-française d’Éducation d’Ontario (“French Canadian Association of Education of Ontario”) twice, in 1919 and in 1932-1933.

With his acts of civil disobedience, such as hiring and paying Francophone teachers, most notably the sisters Diane and Béatrice Desloges, Genest found himself on more than one occasion in front of a tribune. Despite everything, he forged a powerful reputation, inspiring feeling of resistance in this desperate struggle against the forces of assimilation.

He also cofounded the journal Le Droit in Ottawa.

In 1932, the citizens of Eastview named one of the first schools in the area after him (which would remain in service until the end of the 1970s). Furthermore, since 1979, a high school in Gloucester has been named Collège catholique Samuel-Genest.