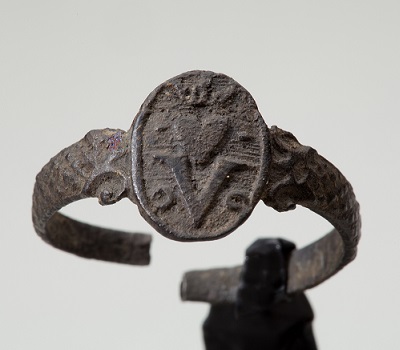 Pierre Joseph Marie Chaumonot was a French Jesuit who spent most of his life working in New France missions. Born in Châtillon-sur-Seine in 1611, he grew up in humble surroundings as the son of a poor winegrower. When he was still young, he took the opportunity of his uncle’s visit to steal a bit of money from him and run away.

Since he now could not possibly go home again, he enrolled in the Jesuits’ noviciate in Rome. During this period, he travelled around Italy before making his way to New France. His departure was ultimately set for May 4, 1639, and the Atlantic crossing took nearly three months, so he arrived only on the last day of July. Glad to welcome newcomers, the people of Québec City stopped working on the day he arrived, a day marked by religious ceremonies and a site visit.

However, Father Chaumonot was to spend very little time in Québec City; by early August, he would already be on his way to his first mission. The trip promised to be rather difficult, since western Ontario was fairly undeveloped at the time. Chaumonot set out to meet the Hurons around Georgian Bay all the same. After a range of missions, he was asked to learn the Amerindian language. He embarked on this arduous task under unfavourable conditions. Indeed, the Huron dialect was recognized as being particularly complex. Both tenacious and methodical, the Jesuit decided to make the most of his efforts by attempting to write the language. This technique not only made it easier for him to learn the language, but it also did the same for everyone who came after him.

Communication being so critical to the missionaries, Father Chaumonot, in his way, contributed to diplomacy in New France. Following a wide variety of missions, he ultimately retired to Québec City after surviving vicious attacks by the Iroquois. His most notable contributions include founding the Notre-Dame-de Lorette mission near the French capital. Three hundred Hurons would ultimately occupy the facilities, which are distinctive for the construction of a chapel inspired by those of Europe. Having fallen ill, Father Chaumonot would be forced to retire to Québec City in 1692 after a long career as a Jesuit. His autobiography would be preserved despite his death the following year, which accounts for our thorough knowledge of him. Given his extensive travels in New France at the earliest stage of its development, his life is of considerable historical interest.

The ministry operates and maintains two historic attractions. Sainte-Marie among the Hurons in Midland (1639-1649) is a reconstruction of the 17th century headquarters of the French Jesuit mission to the Huron people. It was the first European community in Ontario and home to six of the eight North American Jesuit martyrs. Discovery Harbour in Penetanguishene represents the period from 1817 to 1856 when the Royal Navy and the British Army maintained a naval dockyard and military garrison at this strategic defence station on Georgian Bay. Discovery Harbour is the home of replica vessels and the King’s Wharf Theatre offers professional summer theatre.