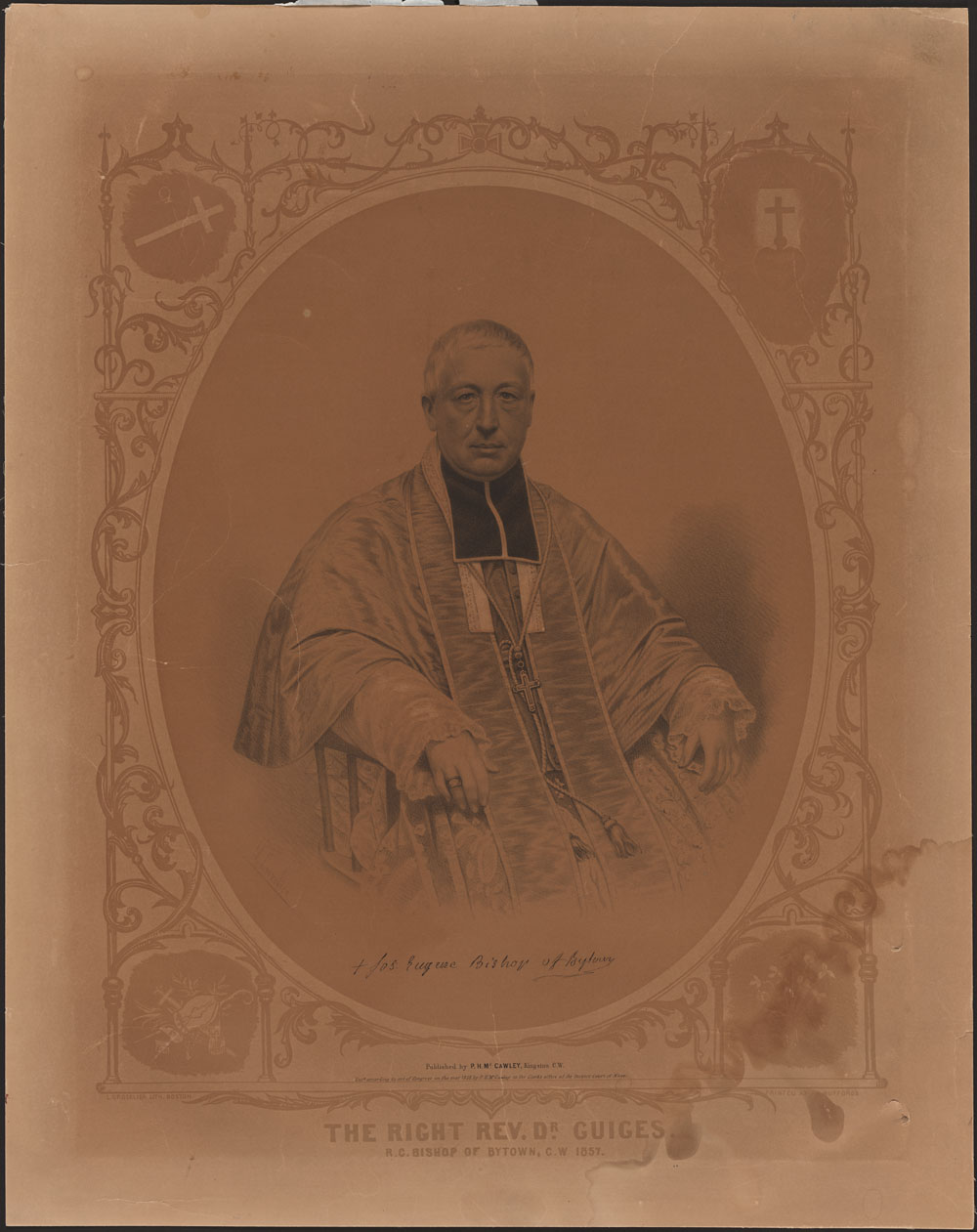 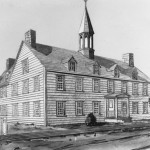 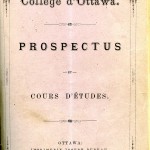 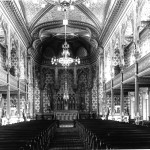 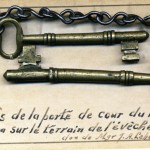 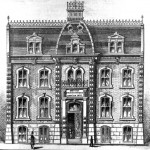 Joseph-Bruno Guigues, priest, Oblate of Mary Immaculate, bishop, and educator; b. 26 Aug. 1805 in the hamlet of La Garde, in the commune of Gap (department of Hautes-Alpes), France, son of Bruno Guigues, army officer and goldsmith, and Thérèse Richier; d. 8 Feb. 1874 at Ottawa, Ont.

Joseph-Bruno Guigues, to whose first name Eugène is sometimes added, began his studies at Gap and continued them at the classical college at Forcalquier. On 2 Aug. 1821 he entered the noviciate of the Oblates at Notre-Dame-du-Laus (Hautes-Alpes). Because of his youth he did not make his profession until 4 Nov. 1823, at Aix-en-Provence, and he remained in this tows to complete his theological studies.

While still just a deacon, Guigues was appointed professor of philosophy (1827–28) and bursar (1827–29) at the seminary of Marseilles. On 31 May 1828 he was ordained priest by Charles-Fortuné de Mazenod, bishop of Marseilles. Shortly afterwards he was appointed novice-master at Saint-Just, near Marseilles, but was obliged to give up his post for reasons of health, and he then spent some years at Notre-Dame-du-Laus and at Aix. In 1834 Guigues became first superior and parish priest ex officio at Notre-Dame de l’Osier (department of Isère), and raised this ancient place of pilgrimage from its material and spiritual ruins. At the same time he devoted himself to preaching retreats in the dioceses of Grenoble and Valence, and contributed to the regional Catholic journal.

In 1844, after 10 years of steadfast service during which he won the confidence of the French bishops, he was appointed “visitor,” or acting superior, in Canada, where the Oblates had been working since 1841. He arrived at Longueuil on 18 Aug. 1844, and immediately began organizing his congregation. During his stay at Longueuil he sent missionaries to relieve secular priests; the Indians of the Saguenay and Timiskaming regions thus received visits. Then, in 1845, Fathers Alexandre-Antonin Taché* and Pierre Aubert* set off for the Red River missions. Guigues endeavoured also to send missionaries to Oregon: in 1847 Father Pascal Ricard, together with three priests and a brother, left France for this mission. In addition, the Oblates concerned themselves with a number of houses in the United States. While directing missionary activities, Guigues was also superior of the new community of sisters of the Holy Names of Jesus and Mary.

The Canadian bishops, Ignace Bourget* in particular, were not slow in recognizing the qualities of the superior of the Oblates and obtained his appointment as first bishop of Bytown (Ottawa) on 9 July 1847. Not being familiar with the English language, Guigues withdrew to the parish of Saint-Colomban in the diocese of Montreal (now in the diocese of Saint-Jérôme), to learn it, as it was indispensable for his new sphere of activity. On 30 July 1848 he was consecrated bishop in the Bytown cathedral by Rémi Gaulin*, bishop of Kingston.

The new bishop continued to direct the Congregation of the Oblates, first as “extraordinary visitor” until 1851, when Father Jacques Santoni* succeeded him, and again from 1856 when he was appointed provincial. He was replaced by Father Joseph-Henri Tabaret* in 1864. This position with the congregation did not prevent him from giving serious attention to the affairs of his vast diocese, with a population of 35,000 to 40,000 persons, a good many of whom were Protestant. On his arrival he found an unfinished cathedral, three stone churches, and some 15 chapels made of wood; seven secular priests and seven Oblates made up his whole clergy. He set to work resolutely, and at the time of his death 67 churches, 48 chapels, and several schools were in existence; he had under him 53 secular priests and 37 Oblates. In 1871 the population of the diocese reached a total of 182,171, of whom 96,548 were Catholics.

The bishop took a keen interest in the missions among the Indians and in the lumber camps. He even worked towards setting up an apostolic vicariate for the Indians located between James Bay and Labrador, but this plan was realized only in the 20th century. Guigues also devoted his efforts to the task of settlement; to ensure its success; he started a settlement society on 3 Sept. 1849 and took on the presidency himself. The purpose of this society was to supply useful information to new settlers, and to get the government to open roads and survey land. He wrote numerous letters on this subject to various authorities. He was of the opinion that the clergy must take an interest in this work, but he considered that it was “essentially a laic” enterprise and that the direction of it was better left to laymen. For the work to make headway he judged it expedient to steer the Quebec settlers towards the Gatineau region and the townships situated between Rigaud and Bytown. “It is better to begin with these,” he said, “for Canadiens are troubled when they are alone; it is preferable to put them in groups.” As for the Irish settlers, he encouraged them to settle between Ottawa and Lake Huron.

Education of youth was one of his first concerns. As early as September 1848 he opened a college and a seminary at Bytown. In 1856 a new stone college was erected on the present site of the University of Ottawa. Father Joseph-Henri Tabaret was its superior, and the Oblates were entrusted with directing it. They continued to do so until 1965. The seminary provided the bishop with some priests, but, to fill his needs, he had to recruit several from his native diocese.

Bishop Guigues was a perspicacious man, who grasped immediately the special character of his diocese and introduced bilingualism into the ministry and into education. He was also active on behalf of Catholic schools, and fought for a long time to obtain justice for Catholics and French Canadians. He offered to have given free at the college in Ottawa “a course of instruction designed to provide complete education and result in the qualifications necessary for teaching.” He presided over several citizens’ meetings to encourage them to support and defend Catholic and French schools. He was in constant touch with the episcopate of Ontario, in particular with Armand de Charbonnel*, bishop of Toronto, as well as with Richard William Scott*, a member of the Legislative Assembly, in order to obtain a law favourable to separate schools. It was passed in 1863. In his letters to Egerton Ryerson*, the superintendent of education for Canada West, Guigues denounced mixed schools (common schools), which he considered as one of the greatest threats to family peace and the future of the whole country. Finally, he helped the Ottawa schools by lending them sums drawn from the episcopal treasury. He supported the Grey Nuns, who were already established at Ottawa, and their superior, Mother Élisabeth Bruyère, and had the Brothers of the Christian Schools and the sisters of the Congregation of Notre-Dame come to Ottawa. The latter organized a boarding-school.

A friend of the poor and forsaken, Bishop Guigues gave his support to the setting up of an old people’s home, and recruited the Good Shepherd Nuns of Angers who came from Buffalo to open a house for the protection of young girls. The bishop also encouraged the Institut Canadien-Français of Ottawa, the Union Saint-Joseph (which has become the Union du Canada), the Institute of Young Catholic Irishmen, the Cercle Littéraire de la Jeunesse Catholique, and the St Vincent de Paul Society.

The bishop of Ottawa had the interest of the Canadian church at heart, and regularly attended the provincial councils of Quebec. In 1870 he went to the Vatican council, where he received the title of Roman count, and visited several general chapters of his congregation in France. His attachment to the universal church had led him to propose a plan for the support of the Zouaves when the Papal States were invaded in 1867. As early as 1860 he had recommended that each bishop support one or more Zouaves.

By nature of great gentleness and charm, Bishop Guigues possessed unusual energy and knew how to circumvent obstacles to attain his ends. He was a simple man; until the end of his life he discharged the duties of parish priest or vicar, he regularly heard confession in his cathedral, and he often preached and visited the sick. He made a tour of his diocese each year, and these visits constituted veritable retreats during which the bishop was accessible to all.