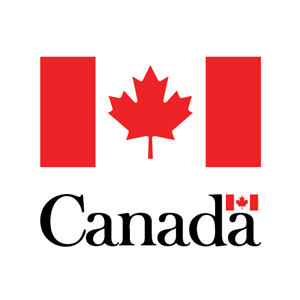 Étienne Brulé, despite being an occasional sidekick to Samuel de Champlain, is an obscure character in the history of New France. He left no writings and we know very little about his life. The accounts of life, as few as they may be, have nonetheless have undergone many changes in the last 400 years. Sometimes presented as a traitor and at other times a hero, people are fascinated by his scandals, his achievements, and the mystery surrounding his death. Today, he is celebrated as the first French settler to have lived in the territory that is now the province of Ontario. Some view him as the founder of the French-speaking community in Ontario.

We can be certain about very few facts regarding Étienne Brulé’s life. Because he left no writings, these facts are recounted by his contemporaries (Champlain, Récollet Gabriel Sagard and the Jesuits Jean de Brébeuf, François-Joseph Le Mercier and Paul Le Jeune). Étienne Brûlé was born in 1592, in France, probably in Champigny-sur-Marne close to Paris. He arrived in New France in 1608 at the age of 16 and was one of the first inhabitants of Quebec City. In 1610, Champlain sent him to spend the winter with the Algonquins with chief Iroquet. That year, the Algonquins were spending the winter in Huronia (or land of the Hurons). This allowed Brûlé to become familiar with the Huron language and also made him the first European to visit the territory that is now the province of Ontario. This fact is considered to be very important for many historians. Brûlé became an intermediary and an interpreter for Champlain, relaying and translating messages. In 1615, during an expedition ordered by Champlain, Brûlé left the group in order to follow some of the Hurons to what is now the East coast of the United States. At that time, the area was inhabited by a tribe the French called the Andastes *. In 1618, Brûlé saw Champlain again and gave an account of his adventures, which were subsequently published in one of Champlain’s works in 1619. Brûlé continued his work as an intermediary, working with various Native groups. During this period, his contemporaries often described him as employing “crude ways”. In 1629, he helped the Kirke brothers capture Quebec City, an act sharply criticised by Champlain. When Champlain and the French regained the colony, Brûlé was already gone. He was apparently assassinated in Huronia during the winter of 1632-1633. […]

Recognition of Heritage and French Cultural Identity in Ontario

Brûlé is presented from different angles by historians. However, beyond formal history, he has developed a following that considers him as a hero from New France. This is especially the case of French-speaking Ontario. It is a fairly recent development, which demonstrates the importance he is given in amateur publications. For example, the Toronto Historical Society produced a comic strip in which he figures as the main character *and the Féderation de la Jeunesse Franco-Ontarienne FEFSO [Franco-Ontarian Youth Federation] also gives a positive spin on Brulé in a publication called Notre Histoire *, in which he is presented as the first Franco-Ontarian. On the province’s web site, he was, until recently, presented as a hero *. Upon verification, it was discovered that the section in which he appeared was formerly called the Annuaire des Célébrités Ontariennes [List of Famous Ontarians] *.

Brûlé’s importance for Ontario is also reflected in the names of various buildings. His name appears in the names of three schools in the province, including one French-language school. The École Secondaire Étienne Brûléof North York, founded in 1969, was the first French-language secondary school in the Greater Toronto Area. Étienne Brûlé Junior High School of Etobicoke and Étienne Brûlé Public School of Sault-Ste-Marie are English-language schools. There is also a park named after him in Toronto as well as an observation point in Parc de la Gatineau.

Whether he should simply be considered a French historical figure or as the first Franco-Ontarian, his significance has evolved as the social context and customs have changed over the years. What is particularly important for Franco-Ontarians is the 1610 date of Brûlé’s first visit to the territory that is now known as the Province of Ontario. Furthermore, the fact that various educational institutions are named after him shows just how much the societal norms of French Canadians have changed over time. In the 19th century, the accepted code of conduct closely followed well-established norms established by the Church of Rome. The fact that he was a Frenchmen who had decided to live like one of the natives was not well received among his own people. Thus, he was described as a “vicious individual with a weakness for women” and as someone who betrayed France to help England. Consequently, it was difficult to consider him worthy of a hero status. However, considering the same facts today, Brûlé is now considered as being adventurous, courageous and audacious if not even “noble”.