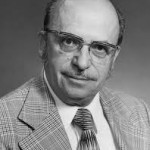 At the beginning, a core of researchers

The founding of a research centre on French-Canadian literature at the University of Ottawa, in 1958, took place at a time when this literature was setting itself apart from the literature of France, which until then had been considered as the only literature of value in the Francophone world. In 1860, the emergence of the École littéraire de Québec (Quebec Literary School), at the instigation of Abbé Henri-Raymond Casgrain, played an important role in the history of this homegrown literature, as did the École littéraire de Montréal, founded in 1895, which included writers and poets such as Jean Charbonneau, Albert Ferland, Louvigny de Montigny, and Émile Nelligan. Father Louis-Marie-Cyprien Le Jeune, professor of rhetoric at the University of Ottawa, proved his interest in the history of this literature by founding the Revue littéraire de l’Université d’Ottawa in 1900. The research continued until the middle of the century thanks to the work of dedicated people such as Séraphin Marion, a civil servant and professor of Canadian literature at the University of Ottawa from 1926 to 1954.

In 1951 Paul Wyczynski, a young researcher who had recently come from Poland, wrote a doctoral dissertation on Émile Nelligan while teaching literature at the University of Ottawa. Passionately devoted to studies in French-Canadian literature, he hoped to create a welcoming place that would be a milieu for researchers. He spoke of his ambitions to three of his colleagues, Father Bernard Julien, Jean Ménard, and Réjean Robidoux. Then, on 5 June 1958, he presented to the dean of the Faculty of Arts, Father René Lavigne, and to the rector, Father Henri Légaré, his remarks on the possibility of creating a research centre for French-Canadian literature (Centre de recherche sur la littérature canadienne-française, CRLCF). In July of that year, the four colleagues presented a memorandum to the rector, requesting resources to set up this future centre. On 2 October 1958, the CRLCF was born, the first of its kind in Canada. […]

The original vision of the CRLCF, based on research, was soon expanded. From 1959 to 1962, the Centre was called on to play a teaching role by contributing to the creation of seven graduate courses and two undergraduate courses in the Department of French on French-Canadian literature. The subjects varied according to the professors’ areas of interest; courses were offered on writers, French-Canadian sociology, and comparative study of North American literatures.

Thanks to the lectures and exhibits it organized, the CRLCF became an important part of French-Canadian intellectual life. It hosted writers and artists such as Louis-Joseph Doucet, Guy Sylvestre, Gérard Bessette, Suzanne Paradis, Alfred Desrochers, Gilles Vigneault, Yves Thériault, Claire Martin, Robert Choquette, Félix-Antoine Savard, and many others.

In view of its success in the French-Canadian intellectual community, the Centre considered ways to enlarge its mandate. In 1967-1968, the CRLCF created the position of director of publications for the five series, and the following year it became interdisciplinary by including literature, history and fine arts in its areas of interest. Its name was changed to Centre de recherche en civilisation canadienne-française (CRCCF), or in English, Centre for Research on French Canadian Culture.

Another major change occurred on 1 July 1973, when Paul Wyczynski announced his departure after 15 years of leading the Centre. He was succeeded by Pierre Savard, a historian specializing in the history of ideas, culture and religion in French Canada. The new director, more open to other disciplines, made some changes in administrative structure. The Centre, which had until then been attached to the Faculty of Arts, in 1978 became part of the School of Graduate Studies and Research, which better reflected its interdisciplinarity. Between 1970 and 1985, the CRCCF’s influence was unparalleled thanks to its research activities, publications, conferences and lectures, and to the energy of its director. This growth coincided with the development of Franco-Ontarian literature studies.

The second half of the 1980s and the early 1990s were marked by budgetary restrictions in public services, including higher education. Under the direction of Yolande Grisé (1985-1997), the CRCCF faced drastic budget cuts that threatened the Center’s very existence. An external evaluation carried out in 1989 and a number of administrative changes in 1992 and 1997 suggested an uncertain future for the CRCCF. There was even talk of amalgamation with the Institute of Canadian Studies, but protests arose from everywhere in the Franco-Ontarian community, and the University gave up the idea.

The Centre took advantage of these difficulties by changing, adopting new statutes, and modernizing its structure. Robert Choquette (1997-2000) and Jean-Pierre Wallot (2000-2006) made the CRCCF part of institutional research at the turn of the twenty-first century, opening it to social sciences and to Canadian Francophonie. […]

A rich collection of documents

[…] The enlargement of the Centre’s mission and the reorganization of its archives, after an archivist was hired in 1968, attest to its vitality. The following year, the Association canadienne-française de l’Ontario (ACFO) decided to entrust its archives to the CRCCF. This date marks an important step in developing the collection, and in particular, confirms the Centre as a place of documentary memory of Franco-Ontarians.

The new acquisitions tripled the content of the collection compared to the first decade; the Centre’s documentary resources increased to 232 archive collections in 1980, then to 307 in 1985, not to mention the periodicals, newspapers, and reference works in the library. In 2011, the CRCCF had more than 525 archive collections including textual, photographic, sound, moving picture, and other documents, all accessible through a data base, part of which is accessible online on its website and on those on the Canada and Ontario archive information networks.

This activity also helped to diversify the areas of acquisition of the Centre’s archives, through four development themes: Culture of French Canada, Ottawa and the Outaouais, Francophones of Ontario, French Canada and Canadian Francophonies. The CRCCF’s archives thus constitute a remarkable common heritage and display an important part of French culture in Canada. […]

The CRCCF is now the main archive centre for French Ontario and one of the most important for Canadian Francophonie. Its collection reflects the gradual transformation of French Canada, from a single identity to multiple identities. Its archives also constitute an important corpus of primary sources, essential for research in the various disciplines of the humanities and social sciences. It is thus a remarkable resource on French culture in Canada, offered to university researchers as well as to the general Francophone and francophile public. For more than half a century, the Centre been part of the impetus of North American Francophonie and considers it an immense privilege to be able to contribute to this great adventure.