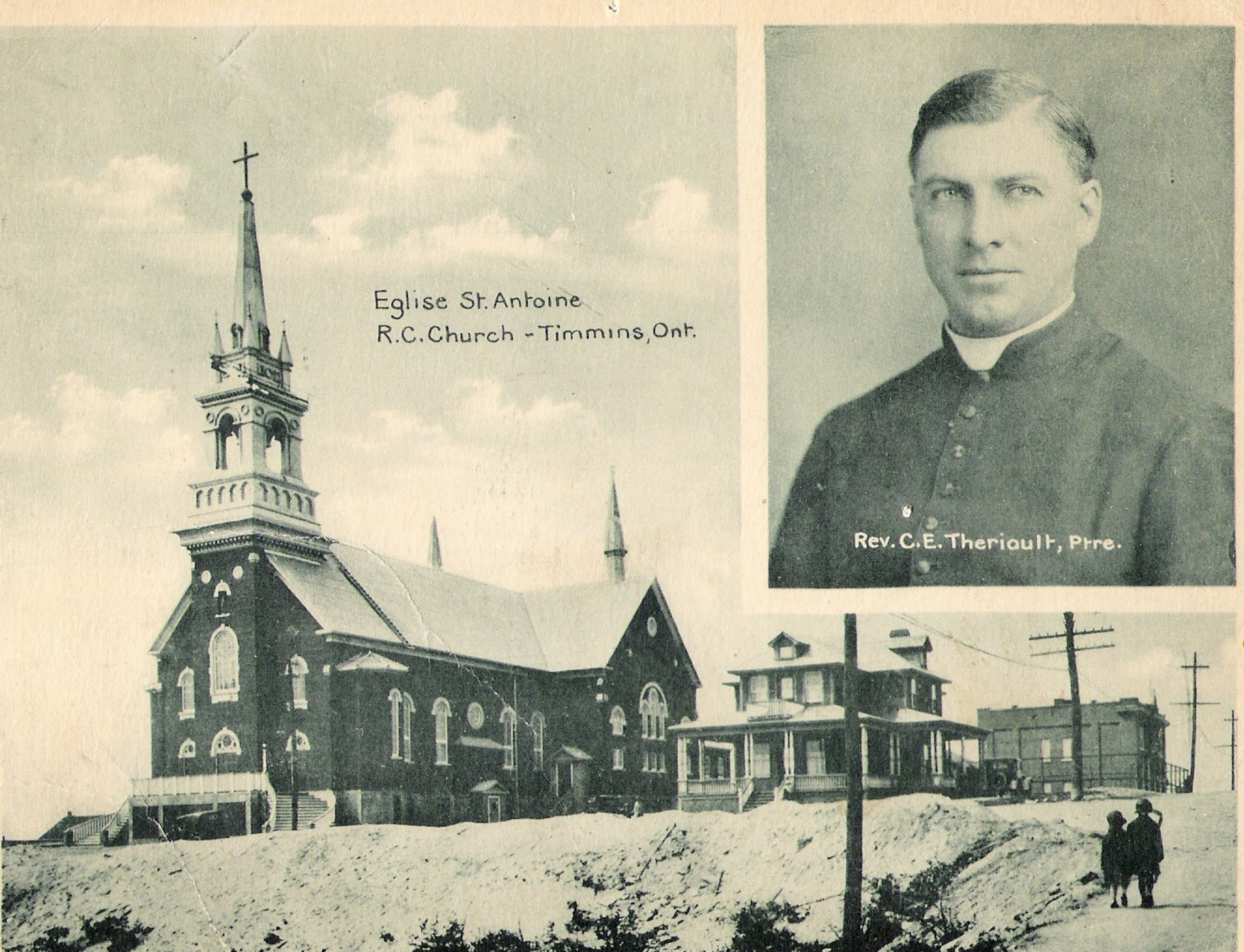 Born in Saint-Éloi, Québec, on April 25, 1886, Charles-Eugène Thériault studied at the seminary in Rimouski. He then moved to Montréal, where he met Monsignor Éline-Anicet Latulipe, bishop of Haileybury, who persuaded the seminarian to follow him to Northern Ontario. Thériault agreed and was ordained as priest at the cathedral in Haileybury on September 29, 1910. Father Thériault was happy to pursue his duties in Cobalt, but Monsignor Latulipe had other plans. He appointed Father Thériault as parish priest in the mining community of Porcupine-Timmins in 1912.

Father Thériault used a donation from the Hollinger Mine to build St. Anthony’s church. He converted the church basement into a classroom until École Saint-Antoine opened in 1918 under the direction of the Sisters of the Assumption. Thériault played a key role in the establishment of a bilingual Catholic school board, in addition to persuading the Hollinger Mine to build St. Mary’s General Hospital, which he entrusted to the Sisters of Providence.

During a miners’ strike in 1912, Father Thériault travelled to Toronto to negotiate better contracts for the workers. He also advocated for his French-speaking parishioners following the enactment of Regulation 17. Father Thériault sponsored the first Catholic secondary school in Timmins, Académie Don Bosco, followed by Collège Notre-Dame (for girls) and Collège Sacré-Cœur (for boys), which would go on to become École secondaire Thériault in 1968.

Father Charles-Eugène Thériault passed away on May 1, 1956. He was known as “the king of the North,” like Father Labelle on the television series Les Belles Histoires des Pays d’en Haut.

The Timmins Museum: National Exhibition Centre reopened in September 2011 in a new building located at 325 Second Avenue, . The Museum includes a library, community archives, a gift shop, and two temporary galleries that host a variety of travelling exhibitions from across Canada.