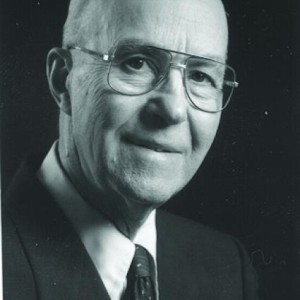 Traditional French songs remain the most dynamic and best-documented aspect of the traditional folklore of Ontario francophones. Not only is the number of songs collected and catalogued by folklorists impressive, but these songs also continue to be a part of family and community gatherings across French-speaking areas of the province. From the choruses sung by the early voyageurs, and then later the lumber jacks, to those heard at contemporary festivals today, traditional songs have always been a reflection of the historical factors that influenced how various areas of the province were settled. These songs, more than any other aspect of the oral tradition, have played a key role in expressing the cultural identity of Franco-Ontarians and form a key part of their collective memory. […]

Researchers have found that the relationship between songs and Franco-Ontarian identity is centuries old. For example, Jean-Pierre Pichette, in his Inventaire ethnologique de l’Ontario français (An Ethnological Inventory of French Ontario), mentions the voyageurs who, during their travels in the Pays d’en haut (the early French name of the territory west of the Ottawa River that is part of Ontario today): “were in the habit of singing to bolster their courage and coordinate their physical efforts”.* He underscores the fact that all the 18th and 19th century historical chroniclers and missionaries mention this practice, and those that he makes reference to include: “Gustave de Beaumont who, while passing through Sault-Sainte-Marie in August of 1831, greatly appreciates the ‘charming gaiety’ of the Canadians and the ‘abundance of old French songs’ that they sing while paddling, and concludes that the ‘French character is not easily lost’.”*

The gathering of folklore material

Ethnologists developed an interest in gathering information in the field during the second decade of the 20th century. The arrival of Marius Barbeau who, in 1911, joined the National Museum staff in Ottawa, marks the beginning of a scientific process for collecting folk material in French Canada. Although most of his research in the field took place in the Gaspé Peninsula, the Charlevoix region, and in the Lower Saint-Lawrence area, Barbeau also collected nearly 200 songs in the Ottawa area between 1916 and 1960. His colleagues, Édouard-Zotique Massicotte and Gustave Lanctôt, gathered 650 additional songs. These researchers focussed their work on the Ottawa area. One of Massicotte’s informants, Honoré Cantin of Hawksbury, solely contributed 169 songs to the Franco-Ontarian repertoire. Lucien Ouellet of the Museum of Civilization deserves a special mention, since he gathered 239 songs in the Ottawa area towards the end of the 20th century.

Northern Ontario—New Ontario—was the second area where research was conducted and, to this day, the largest number of traditional songs have come from there. François-Joseph Brassard, a musician and folklorist from the Saguenay area, pioneered the research in the Kapuskasing and Strickland areas in the 1940s. His main informant, Urbain Petit, sang 465 songs for him. Mr. Petit, originally from Quebec but a migrant to Strickland at age 53, had learned nearly his entire repertoire in his home province. For him and other migrants of his generation, these songs no doubt helped them maintain ties to their province of origin. Through them this traditional culture took root in a new territory.

For Northern Ontario the most notable researcher is clearly Father Germain Lemieux, SJ. Born in Cap Chat, in the Gaspé Peninsula in 1914, Germain Lemieux arrived in Sudbury in 1941 to teach at the Collège du Sacré-Cœur [a private Catholic French-language high school]. In 1948, the Société historique du Nouvel Ontario (New Ontario Historical Society) asked him to interview some of the “Franco-Ontarian pioneers” around Sudbury to determine “to what extent they were still French at heart.”* These conversations yielded encouraging results, which proved to be the starting point for his long career as a folklorist. Although better known for his work collecting and analyzing folk tales,* between 1948 and 1980 Germain Lemieux also amassed and archived a significant collection of songs, some 2,000 versions of 735 traditional songs gathered in the Near North from Mattawa to Sault Sainte-Marie. Father Lemieux never published his collection, so it remains for the most part unpublished and unknown, with the exception of four small songbooks showcasing approximately 150 songs.* A summary study published in 1964 (Chanteurs franco-ontariens et leurs chansons) [Franco-Ontarian singers and their songs] briefly analyzes the form and content of this repertoire.* A cassette recording, Ce qu’ils m’ont chanté (What they sang for me) also offers a very small sample of this monumental collection.