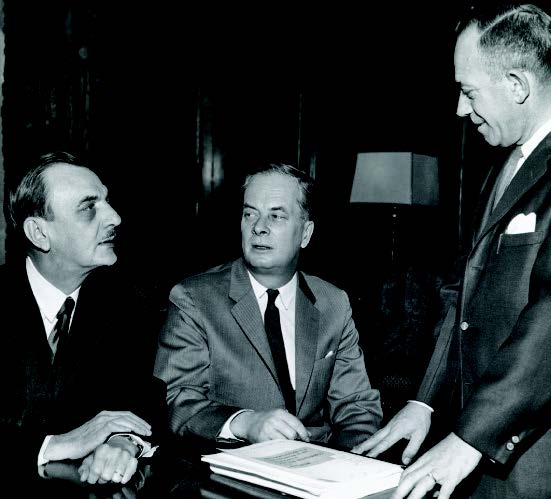 Presentation of the Association canadienne d’éducation de langue française’s report (ACELF) to the Royal Commission on Bilingualism and Biculturalism, 1966.2 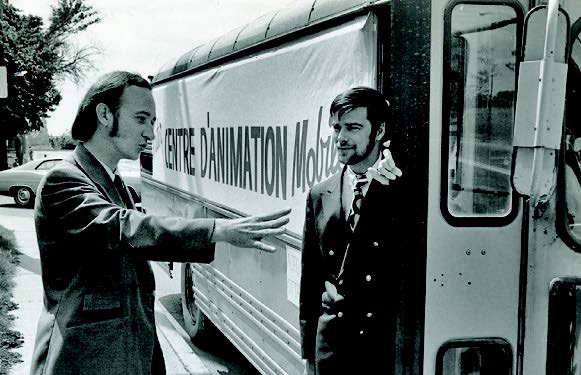 Franco-Ontarians on the move!

The 1960s were a period of great transformation of cultural, economic and political visions in Canada and Quebec. These events had a major impact on Ontario.

1969: French-language schools authorized at both elementary and secondary levels

1970: Creation of the Franco-Ontarian Office of the Ontario Arts Council

1970: Creation of the Office of the Government Coordinator of French-language Services

1974: Creation of the Advisory Council for Franco-Ontarian Affairs

1975: Creation of the Franco-ontarian flag

1980: Creation of the Association of French-Speaking Jurists of Ontario (AJEFO)

1981: Creation of the Centre Jules-Léger

1981: Creation of the Alfred College of Agriculture and Food Technology

1985: Creation of the Office of Francophone Affairs

Beginning in 1964, Francophones were able to rely on the Conseil de la coopération de l’Ontario, an association that helped to organize and sustain French-language production and service cooperatives.

In 1969, Ontario legislation authorized French-language schools at the elementary and secondary levels.

In 1977, ACFO called for a comprehensive plan for concrete implementation of the government’s commitment to offer its services in French wherever justified by demand. The Judicature Act was amended in 1978 to allow the use of French in judicial proceedings. In 1980, an association for French-language legal professionals was created, the Association des juristes d’expression française de l’Ontario (AJEFO), or Association of French-Speaking Jurists of Ontario. Then, in 1984, the Courts of Justice Act designated both French and English as official languages in Ontario’s court system.

In 1981, the government created both the Centre Jules-Léger, for Francophone students with learning difficulties, and the Alfred College of Agriculture and Food Technology, Ontario’s first French language college.