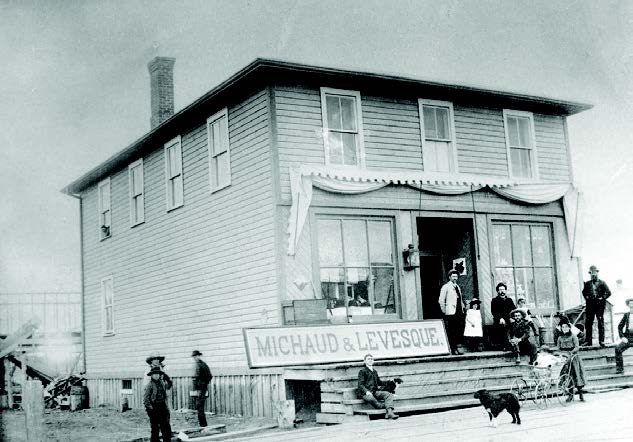 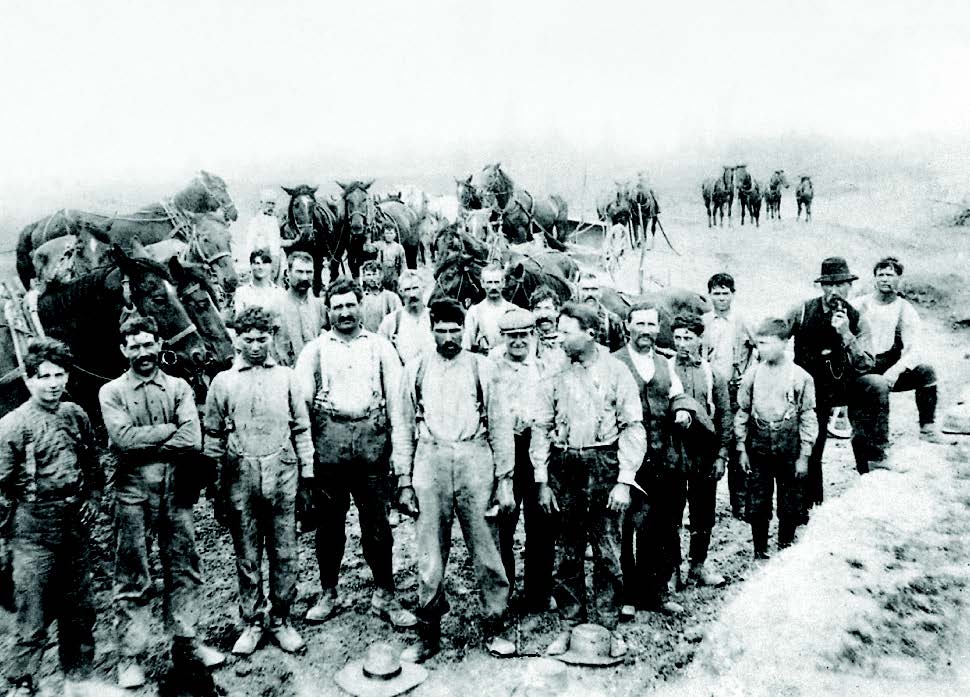 Workers during the construction of the railroad, Treadwell, Ont., 1900.2 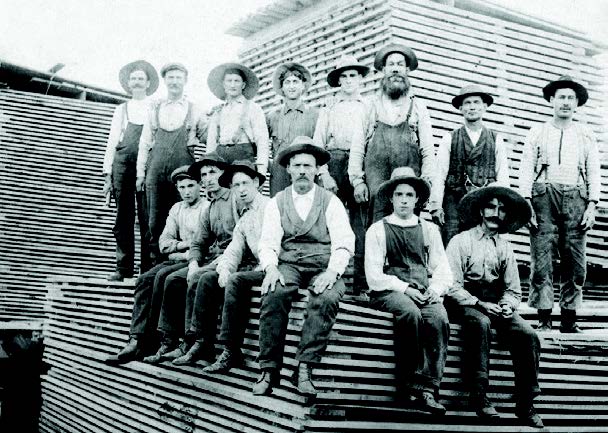 Men working at the transport and the stacking of boards at the W.C. Edwards mill, Rockland Ont., 1906.2 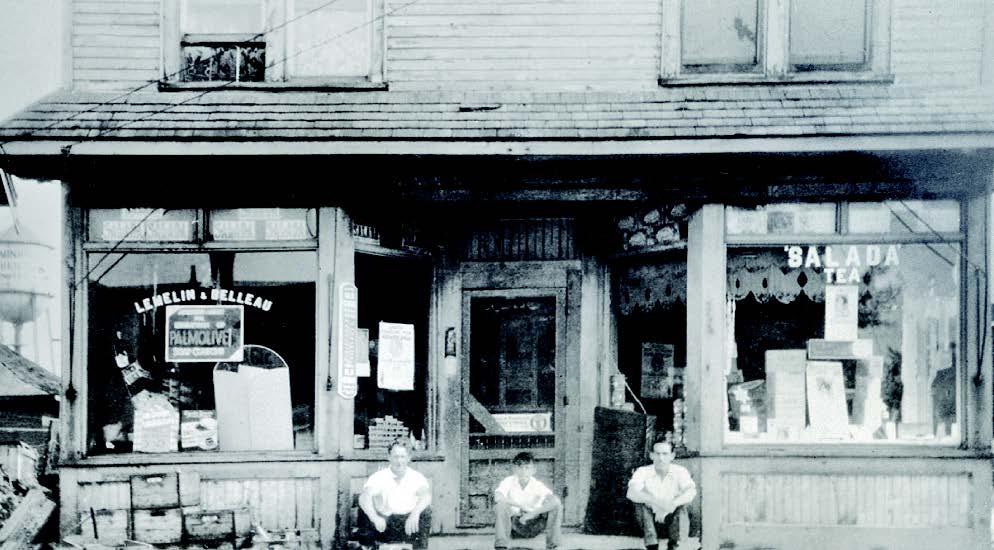 Lemelin and Belleau store, on the corner of Welland and
Queen Streets, Welland, Ont., ca 1920.2 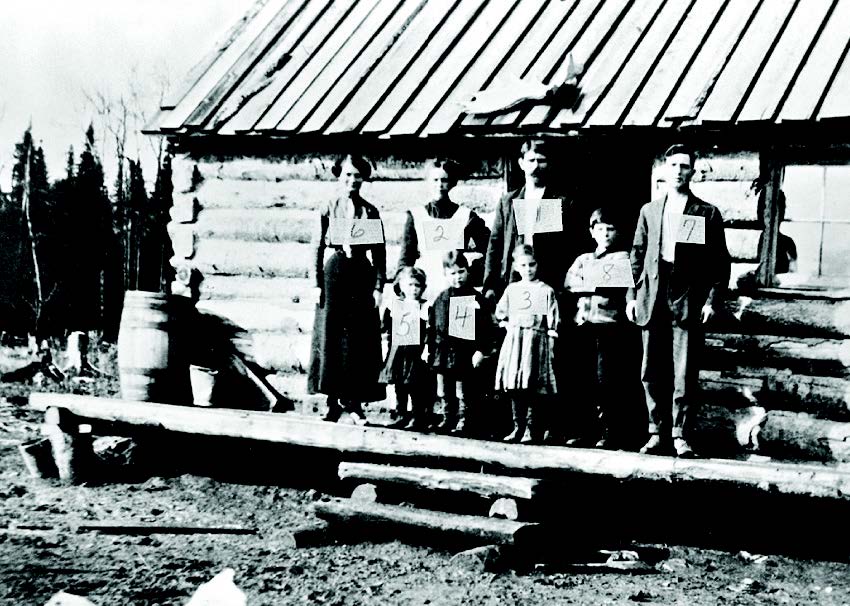 After the Canadian confederation in 1867, Ontario experienced a period of immigration and prosperity due to railway construction and industrialization.

This was a time when French-Canadian settlement centres were scattered across the territory and populations expanded rapidly. Whether urban or rural, they took part in the development of an Ontario economy in full expansion.

Through family networks, involvement in associations, connections among the political and cultural elites, and an array of newspapers, Francophones maintained a sense of belonging to French Canada. This sense of belonging was based on common history, language, faith and aspirations.

French-Canadian migrants, together with immigrants from many other countries, established the manufacturing towns and agricultural centres of eastern and south-central Ontario along the railways. From 1880 they expanded into New Ontario, where forestry and mining were the primary industries, although agriculture developed as well. French-Canadian clergy continued their efforts to encourage agricultural expansion, organizing and promoting agricultural settlement.

French-Canadian leaders shared nationalist and anti-imperialist perspectives. They united to oppose forces strongly hostile to Ontario Roman Catholics and Francophones. They demanded that French Canadians, similarly to English Canadians, be recognized as a founding people. Furthermore, they demanded the recognition of religious and educational rights for French Canadians.