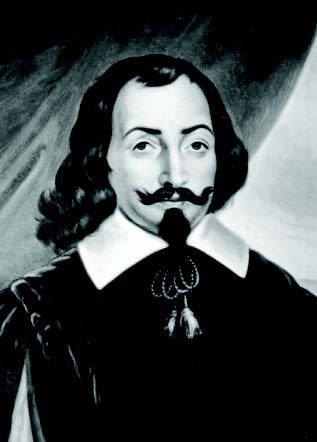 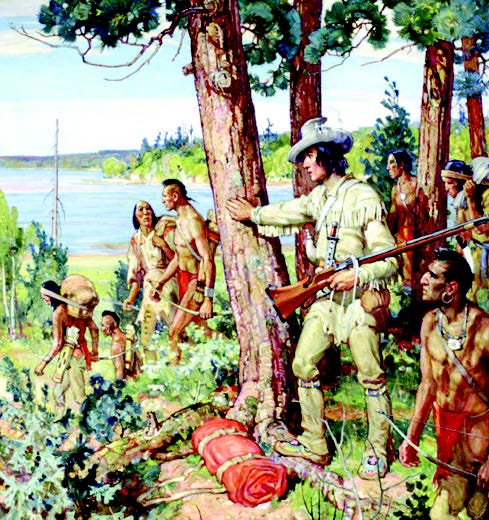 Étienne Brûlé at the mouth of the Humber River.1 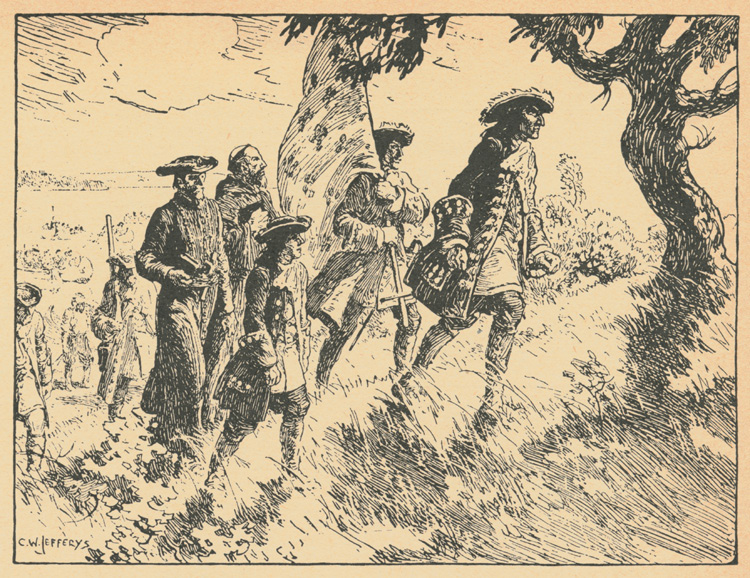 Antoine Laumet de Lamothe-Cadillac and his companions arrive at Detroit, 1701.1 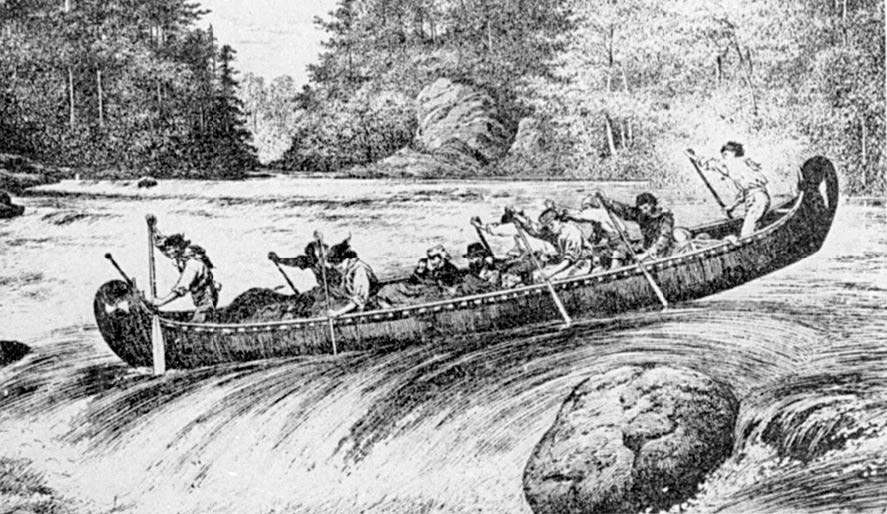 A fur trade canoe on the Mattawa River. pictured by
Frances Hopkins.1

The French in the Upper Great Lakes

The French arrived with plans to explore, to engage in commerce, to conquer and to convert.

Their expeditions led them from the Ottawa River and the St. Lawrence River as far as the Great Lakes, which became the axis of France’s ventures in North America. The French were able to advance their military and religious interests through the ventures of Étienne Brûlé (1610), Samuel de Champlain (1613, 1615-1616), Jean Nicollet (1634), Adrien Jolliet (1669‑1670) and Louis de Buade, comte de Frontenac (1673), and as a result of alliances with Aboriginal peoples, such as the Treaty of 14 Nations (1671) and the Great Peace of Montreal (1701).

The French were the first Europeans to unveil the natural beauties and economic resources of the territory that would become Ontario, and to reveal its potential. In doing so, they forged lasting alliances with Aboriginal peoples. The imperative to protect their commercial and strategic interests in the fur trade gave rise to wars with the Iroquois and the British. This weakened the positions of the French.

Following the War of the Spanish Succession, France lost Acadia and Hudson Bay under the terms of the Treaty of Utrecht, signed in 1713. Later, France was forced to abandon her posts in the Upper Great Lakes following the British conquests of Quebec in 1759 and Montreal in 1760. At the Treaty of Paris in 1763, France ceded all her colonies in North America to Britain.

The French territory included missions, trading posts and garrisoned forts in Huronia, around the Great Lakes, on the Northwest trade route, and at Hudson Bay.